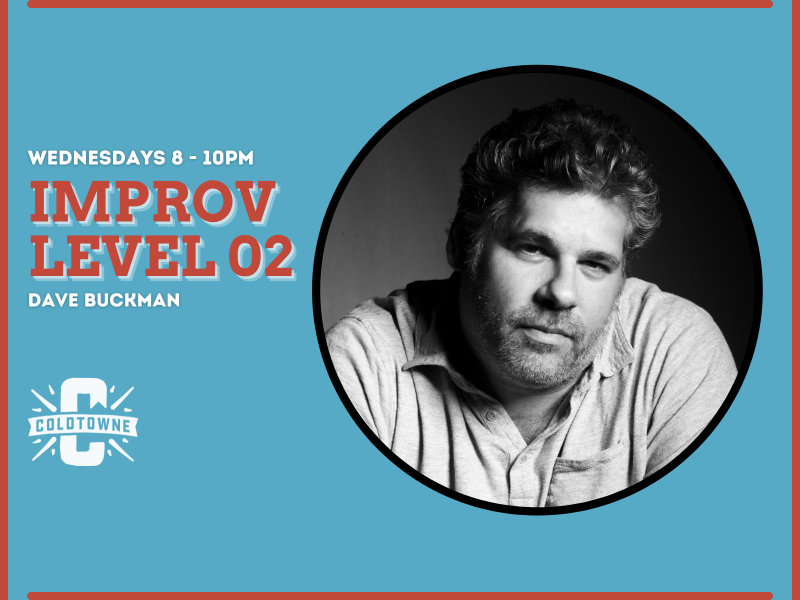 Building on the fundamentals from Level 1, students will begin to practice skills and techniques that strengthen their scenes and characters. Concepts will be introduced to help create deeper characters and relationships more quickly and to keep things fun. Students will learn how to identify patterns or “games” within a scene (or character) as well as how to create rich environments by performing good object work. Various longform techniques will be covered, such as edits, walk-ons, tag-outs, group scenes, and other tools to help students become more comfortable performing scenes and improvising in front of an audience for their first performance. This class includes a student performance!

Dave has directed, taught and performed at some of the world’s leading improvisational comedy institutions. After several years studying and teaching improv in Chicago, Dave served as Artistic Director of Boom Chicago in Amsterdam for 2 years, where he was fortunate to work with and direct some of the funniest people working in television and web-based sketch comedy today. After Europe, Dave worked as a director and teacher at The Second City in Chicago. He has directed MainStage shows at ColdTowne: Bigfoot, the musical, Austin Translation, Barney Biller Dark Night, The Roast of St, Nick, Eye for an iPhone and Shanty Town Lake. The Second City: Who’s yer Baghdadi?” (Cleveland), World’s Gone Wild” (Touring Company) and Deficit Comedy Jam (Touring Company) Boom Chicago: Your Privacy is our Business, Europe, We’ve Created a Monster, The Future is Here and it is Slightly Annoying. In 2002, he directed “Boom Chicago: RockStars” only the second stage-swap with The Second City’s Main Stage in its 50 year history.