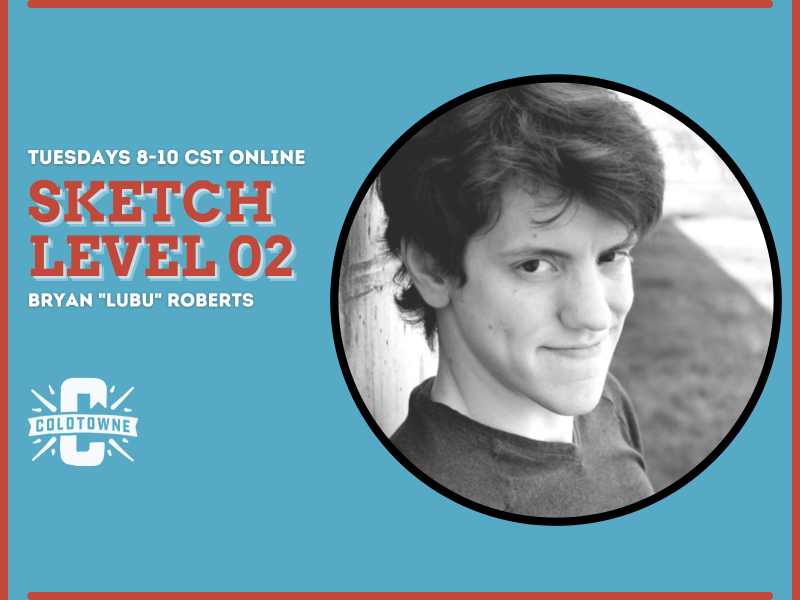 In Sketch 2 you're in the writers' room where you'll pitch, write, and collaborate on sketches every week leading up to creating you're sketch writers' packet.

Originally from Huntsville, Tx, Bryan began his love affair with comedy in 2003, when he began writing and performing for Austin’s No Shame Theatre (He still does that too). Since then, he has appeared with several different sketch groups (Hoover’s Blanket, Coldtowne Mainstage) and improv troupes (Look Cookie, No Chaser). His most recent achievements include participation in the Institution Theater’s award winning “Fuck, It’s Hot!” sketch show. When not writing, he enjoys playing video games and exploring absurdist thought.