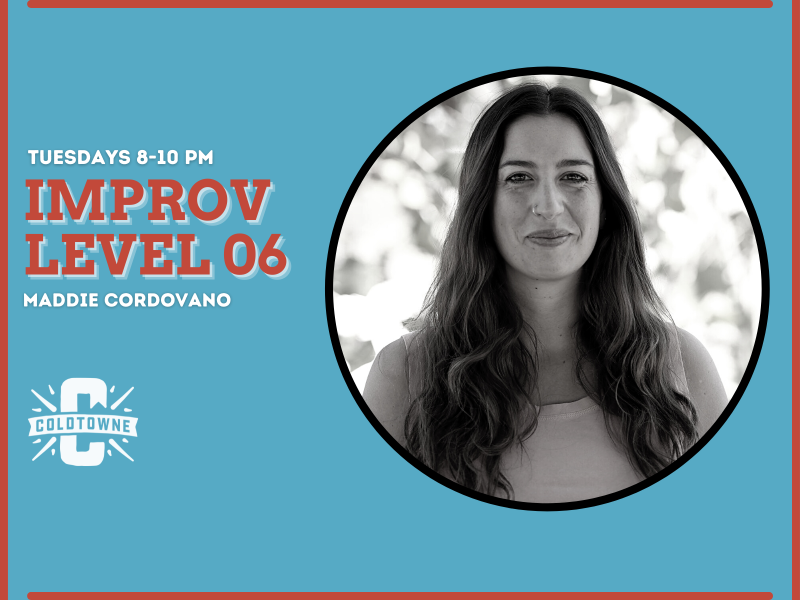 Create Your Own Show

In Level 6, you'll take everything you've been learning for the past year and apply it to creating and performing your class's own form. You'll also get a series of showcases at the theater that run concurrently with the class and culminate in a graduation show and ceremony. You get a certificate and everything!

Maddie has been improvising for 10 years. She’s been a goof for 28. She has studied theater, public speaking, television, and film but always been head over heels for improv. This is what landed her in Chicago in 2013 where she spent five years literally eating and breathing comedy. She trained, performed, and worked at both The Second City and iO Theater. She improvised sometimes 5 nights a week, traveled to perform for Universities, created a webseries, got some tattoos, coached Harold and independent teams, the list goes on and on. After all that she packed her stuff and her dog in the car and decided to try something new in ATX. Here, she has found the joy of living in a warm place and the comfort of being part of this city’s friendly comedy community. You can catch Maddie improvising regularly in Sweet Lightning at Fallout, Stool Pigeon at ColdTowne, and anywhere that will let her on stage in between. Otherwise she and her dog are swimming